this one included chapters from 04, chapter 01-03 are in here

After a tough fight, Keqing, Kazuha and Xiangling totally rekt Spiral Abyss 12-3 in three minutes. For some reasons, they even had Xingqiu, who's happened to appear in there when they arrive Wanmin Restaurant, volunteered to join their quests. As the greeting gifts, Kazuha gave one of the specialities of Inazuma, Emblem of Severed Fate artifact set to Xiangling and Xingqiu, and greatly improved their battle potentials, making this miracle possible.

And now people were celebrating them in Angel's Share, a tavern in Mondstadt.

"... And that's it. No one would dare to mock your damage outputs anymore, even if they wanna mock, you can shove the full star 12-3 Spiral Abyss cert up their sorry arses. " Kazuha prised Keqing for her battle performance, although he might be thonking that all these magnificant Overload damages she dealt, actually calculated with his EM instead, a basic lesson of Advanced Elemental Reaction Theory.

"The Liyue Qixing always repay their debts. And as you have heard, our eyes see far and our reach is long. Name your price. You deserve that much. "

"An arbitrary promise, interesting... My request might be a little bit hard to fulfill, would you still do that? "

"How hard? Would that be 'spend a night with me' kinda hard? Of course, it's not actually impossible, if that's with you... "

"I would never ask for this kinda superficial thing. Well... Reach Inazuma, and persuade the Raiden Shogun to abandom her Vision Hunt Decree bullcrap. "

"Now that's pretty hard, though. Forcing an Archon to change her mind? If you mean 'by force', that might require the power of all elite humans from both Liyue and Mondstadt, to reach Inazuma, not to mention how do we reach there in the first place? "

And a fancy looking man interrupted them, "Did you say, reach Inazuma? I might know a way, Mr. Kaedehara. "

"Do I look like knowing you? And how did you know me? "

"You might not know me, but I've been seeing your activities in here for a long time. "

Everyone fell silent. "Well, what's the manner? I forgot to introduce my self. I'm Aeternus, one of the few members from the Inazuman Shogunate's most hated Akechi family, since my ancestors had backstabbed them so hard, haha. Just like you, I'm banished from my homeland too, probably. "

"So it makes you Akechi Aeternus then? Such a strange name, for an Inazuman... "

"Aeternus Akechi, you moron. And I'm a spiritual Mondstadter now, don't compare me with these Shogunate arsehats, I don't wanna be represented by them. "

"What's wrong with this? Just like you're a spiritual Liyueian anyway. You might look like coming from Inazuma, but you used Diligence series as talent levelup materials, you like to hang out with Beidou and her crew, and you seem to enjoy Liyue more then your homeland. "

"How do you even know the talent levelup material part? "

"I've been seeing you entering Taishan Mansion too many time, with your Liyueian buddies. So basically why would you still wanna return to Inazuma anyway? You know the Raiden Shogun would stick to her hakushin eternity philosophy forever, and it's not a mere humans that could change her... "

"But something must be done. I can't stand people having their Visions and wishes taken. "

"Good, I see you had made up your mind, and it's no use to persuade you then. Well, just like you guys talked earlier, if a single person wanna return to Inazuma, you can just hope for a random Fold accident, and it might be done. But, if you wanna deploy a lotta personnels and heavy weapony into Inazuma, you might need to find a way specified for this. Did you remember the Futui? "

"Yes, they're everywhere, then what? "

"Did you see their home nation in anywhere of Teyvat? Has anyone ever reach there? "

"They said they're from Snezhnaya, but no one has ever reached this place... "

"What if this 'Snezhnaya' is not even in this world anyway? They must have the way to Fold themselves from their home world to this world, or Inazuma. And if you couldn't reach Inazuma via a common Teleport Waypoint, that means just like Snezhnaya, Inazuma is also an isolated world, so their Fold technology also works for us. Find a random Futui guy and beat him up until he talks. What about that arrogant Futui Harbinger, someone named 'Childe'? When was the last time you see him? "

"Golden House, I guess...? " Keqing still remembered the time they beat Childe before he released Osial.

"Well then, let's beat Childe again. I know Childe very well, he will respect you and be willing to work with you if you overcome him in battle, but beat him or not, I know a way to let him share this Futui secret. "

A team of Aeternus, Keqing, Kazuha and Xiangling arrived at the abandoned Golden House and saw Childe there, as expected. Xingqiu had other matters in Feiyun Guild to process, so he couldn't join the fight with them.

"Well, well, isn't that the famous Inazuman wanderer, Aeternus Akechi? What wind blows you here? And wait, why the fuck did you bring a Qixing with you? "

"After quite the stunt you've caused, you're still allowed to stay in Liyue, I'm pretty impressed. If people in Liyue harbor happen to know it's you who released Osial and almost had Liyue harbor destroyed, prepare to be eaten alive, actually. "

"So what? We made a deal. Ningguang would never make it happen, since she also had things to hide... "

"Ningguang what? " Keqing seemed not know the deal between them.

"Lucky for you. But we came here to, well, ask you the way to reach Snezhnaya. I would like to have an one on one talk with your suka Archon, probably about how she's a shameless suka blyat for causing the misery for other people's lives. "

"Your suka Archon is even worse than Inazuma's curent Archon, at least she only tortures her own people. Now, beat us, because if you lose, you're gonna tell us the biggest Futui secret anyway, regardless of your willingness - how the literal fuck did you arrive here from Snezhnaya? "

Childe seemed to be ueber angry, "A fight? If you want a fight, then fine, but disrespecting our Archon? Suka blyat! " Childe skipped his normal battle form and transformed into his Foul Legacy form directly.

"Well, well... Stolen technology from the Abyss Order. No wonder I dislike the Futui... " Aeternus prepered to use his Elemental Burst, even though he didn't have a Vision anyway, "Iiyo! Koiyo! Use your Abyssal power to hit on my chest! My chest! "

As he expected, Childe shoved a powerful whale towards him, and suddenly he countered it with a devastating blow, dealing massive Phys damages towards Childe, ending his Foul Legacy state.

"Stop acting smart, Childe. Actually we don't wanna go to Snezhnaya at all. We just need to bring a bunch of people into Inazuma and fuck its Archon. The way you guys used to come here would greatly help with our quests. "

"Fine... Why didn't you say it earlier, you don't need to fight me anyway. " Childe then told everyone about the way the Futui used to project people into other worlds and left.

"I see... If my understanding of his saying is correct, the Futui used an amplified Fold device to detect Teleport Waypoints from other worlds, and Fold into it. As long as this Fold device is provided with enough power, it could be used to Fold into any world its user wants. Except... It's a one way ticket. Unless the same kinda device could be built in the destination, one could not return to his original world. "

"So if that's the case, we can't risk deploying our people into there. "

"But don't worry, once both world had these devices operational, people and goods can Fold between them like one world. So we still need to build such device first, and deploy one of us beforehand. "

"And who would you like to deploy into there first? "

"Of course myself! It's been quite some time since Inazuma was isolated, I will have an update of the current situation, make contacts with local resistance, find a perfect place to build a massive Fold device under Raiden Shogun's nose, and find a way to conduct a joint operation of us and the resistance possible. So if I returned from Inazuma days after, that means the joint operation is a go; Otherwise, you can totally forget such plan exists. So first, who could provide enough energy needed to power such device? "

"What about we return to Mondstadt and ask Master Jean? Her knights did have some alchemists that know the answer. "

After defeating Signora, Raiden Shogun executed Signora and promised to let Lumine chan leave this place alive, "But my promise only works on you, traveller. As for you, Sangonomiya... "

"What? " Kokomi didn't give a literal fuck, and prepare to Fold to the statue, "I had a gaint arse statue to unlock, mein Shogun. Please don't waste my precious time. Speak, whatever bullshit you're gonna speak. "

"You even wanna unlock the statue, you little fuck! You're nothing but a Hydro Slime to me. My elemental mastery is something high, that you will be instantly eradicated by Electrocharged. "

"What if I'm a Electro slime instead? " Kokomi took out an Electro delusion from the pocket and ignited it, forming a thundering sphere around her.

"Wait... Kokomi, you know the side effects of using delusion, right? "

"Don't worry, it only lasts for mere seconds. Besides, der Shogun should see the irony that she forbids Visions but people just use delusion instead. " Kokomi started moving towards the statue, while Raiden was hitting her with lighting frequently but caused no damages at all.

Lumine chan also started to leave the place. It was not like she could find out a way to break through Fold Fault, but it's not like Raiden would strike her either, probably because she might be busy hitting Kokomi in the air.

Please accept cookies to play this video. By accepting you will be accessing content from a service provided by an external third party.
Accept 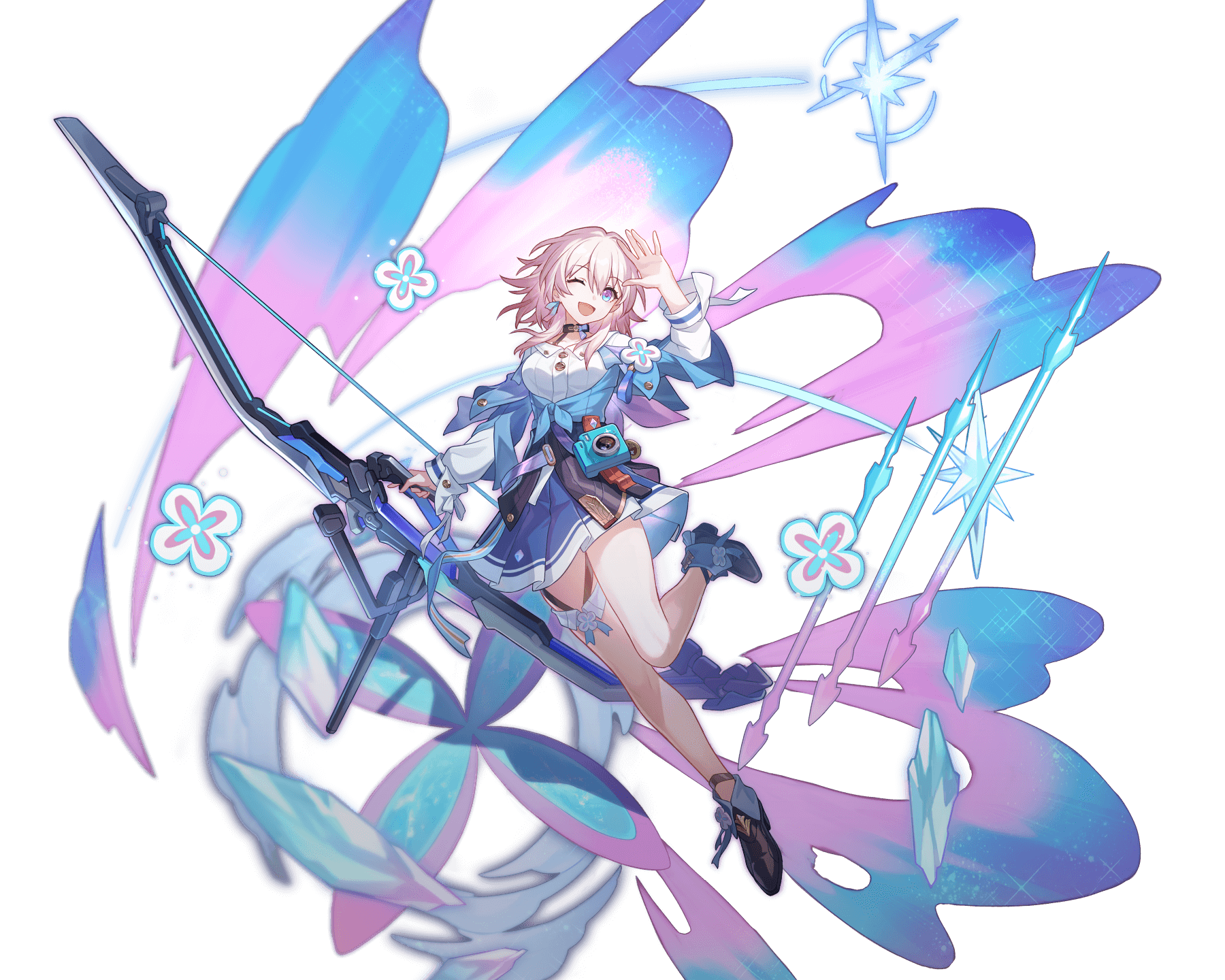 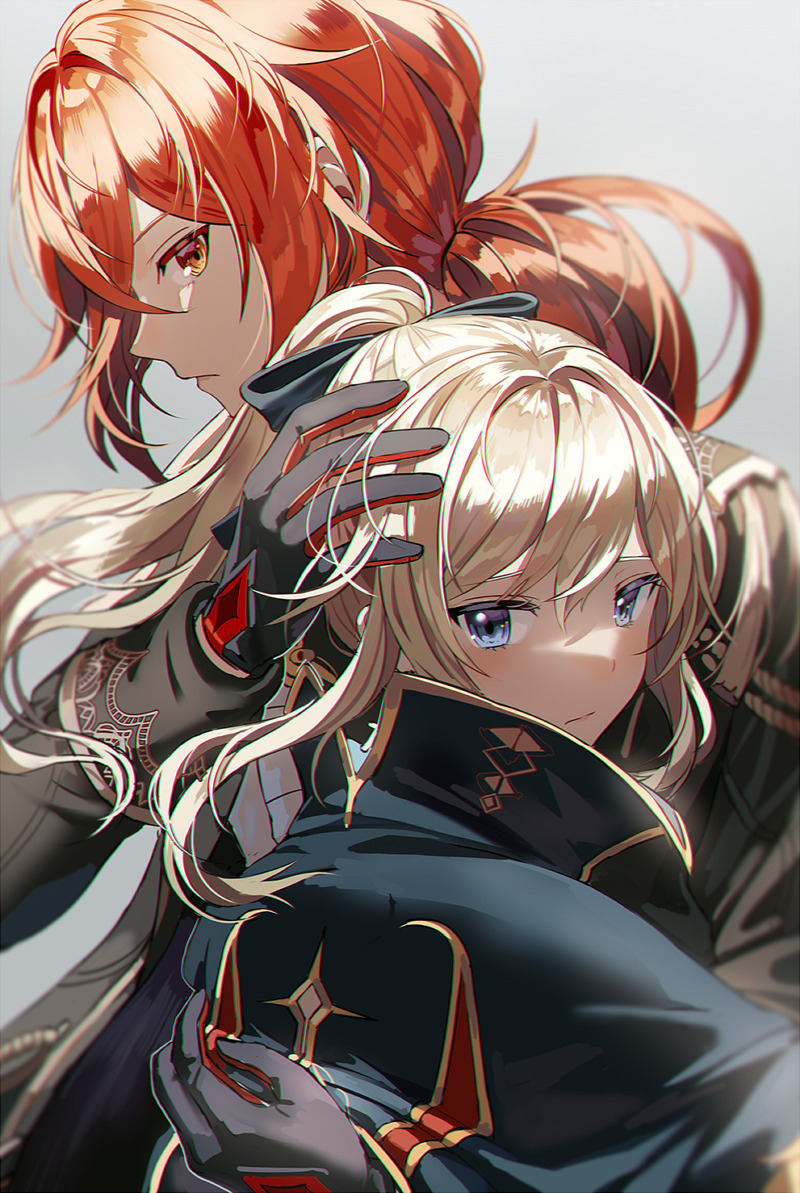 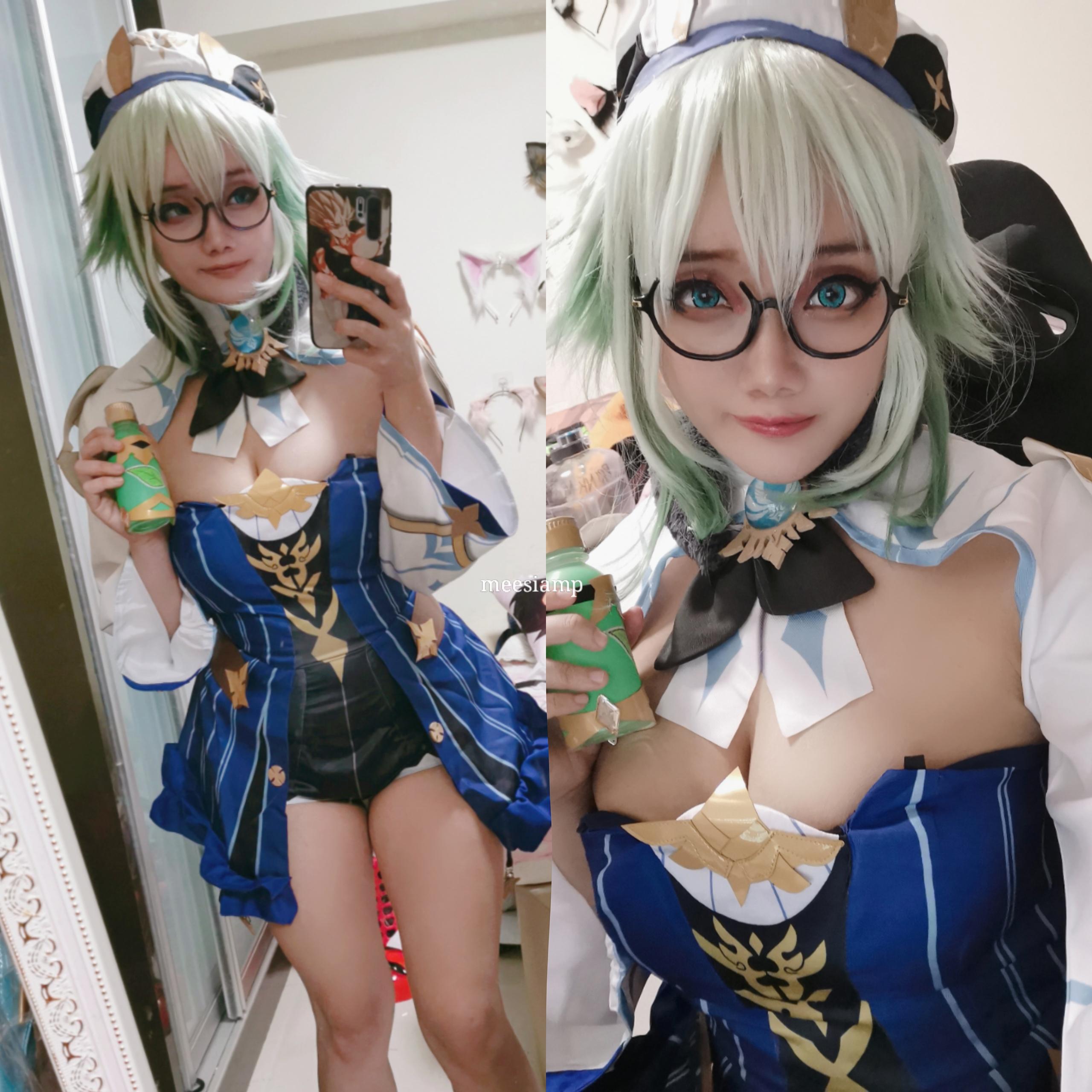 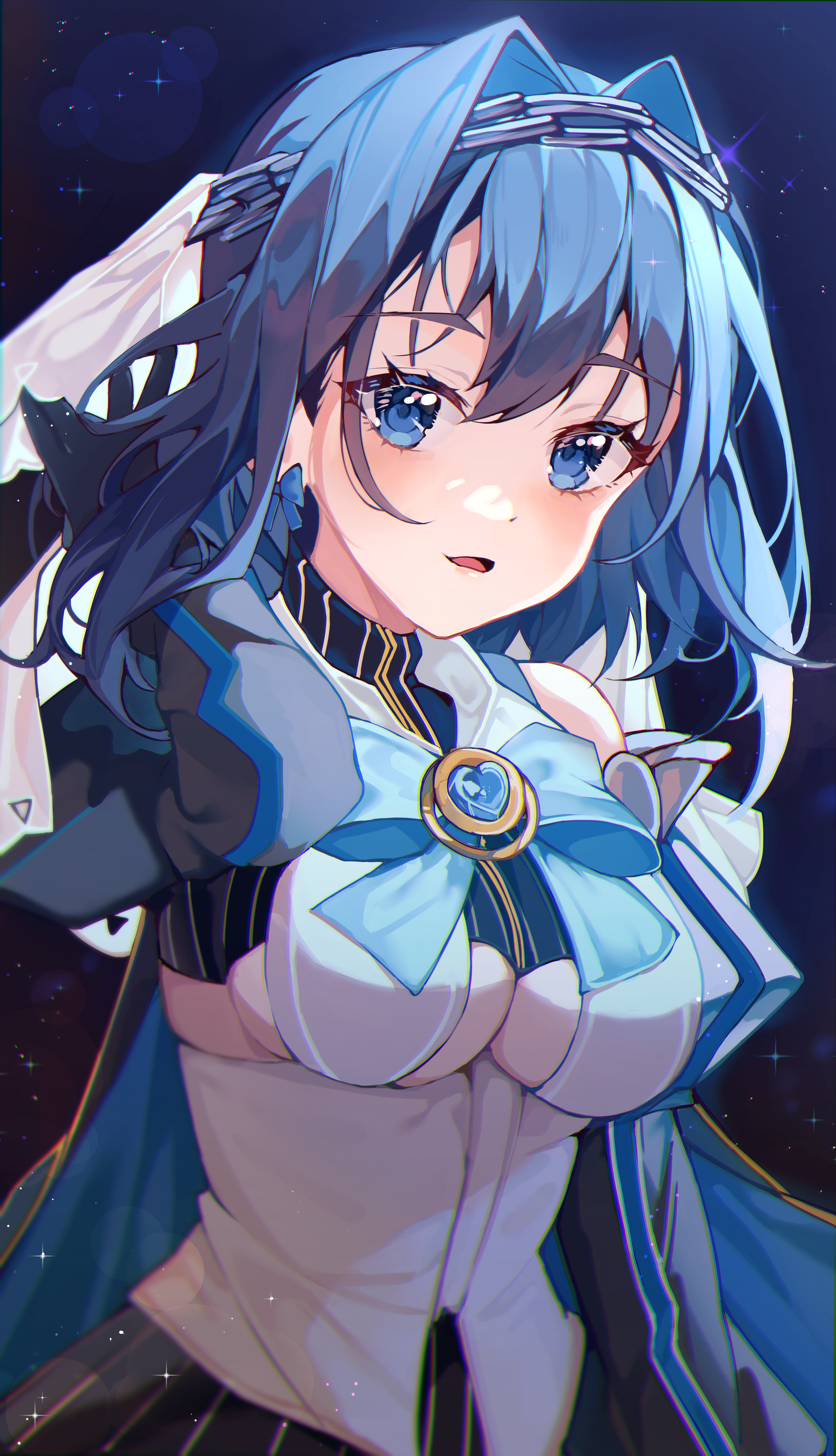 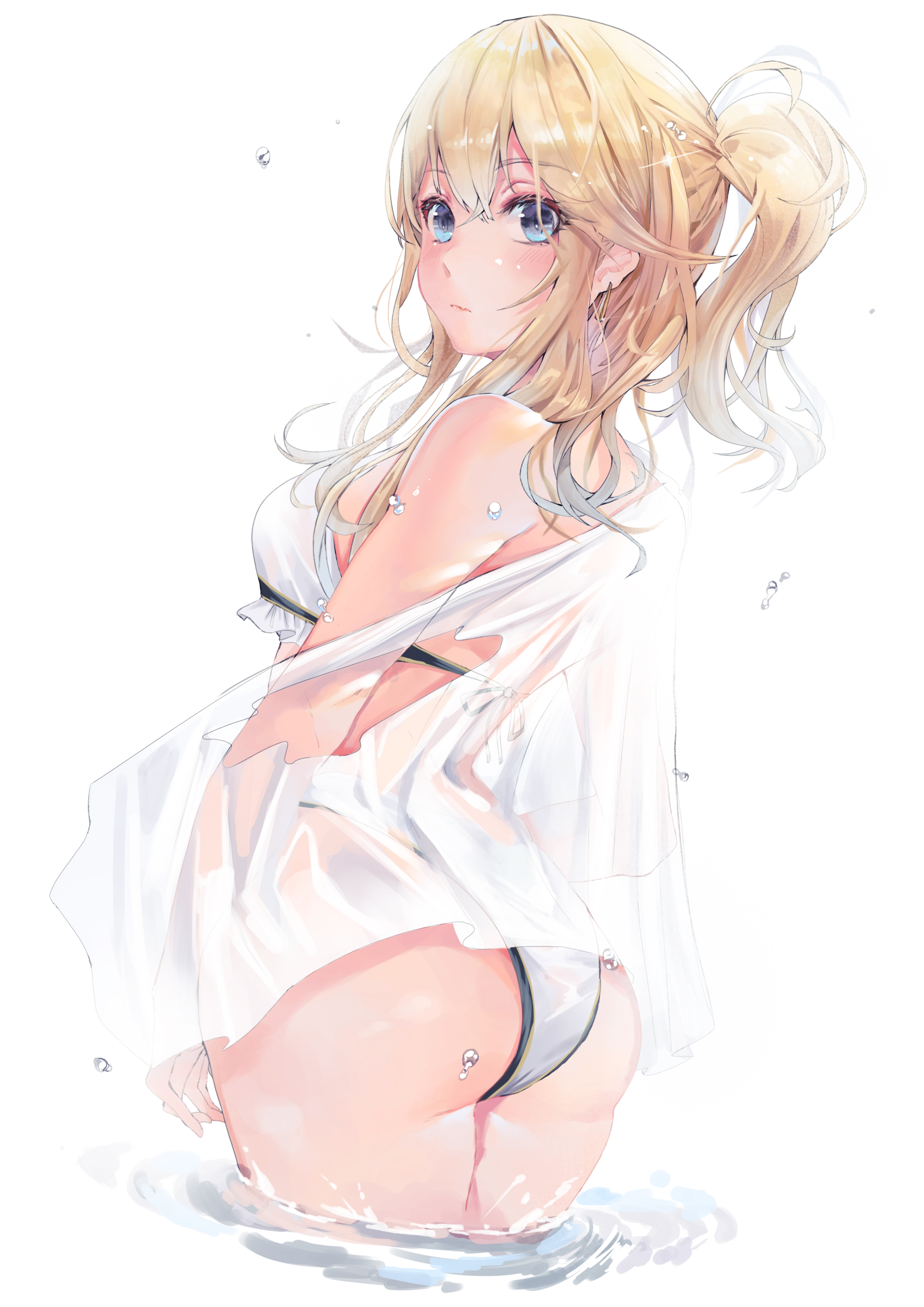 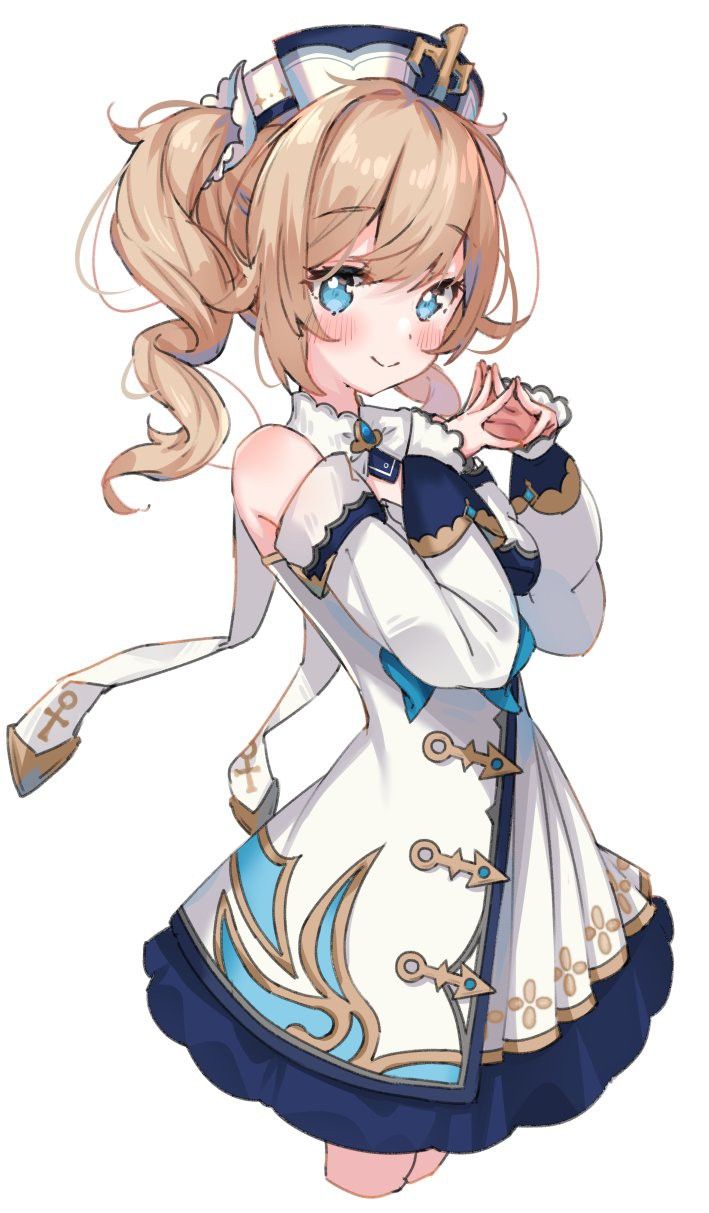 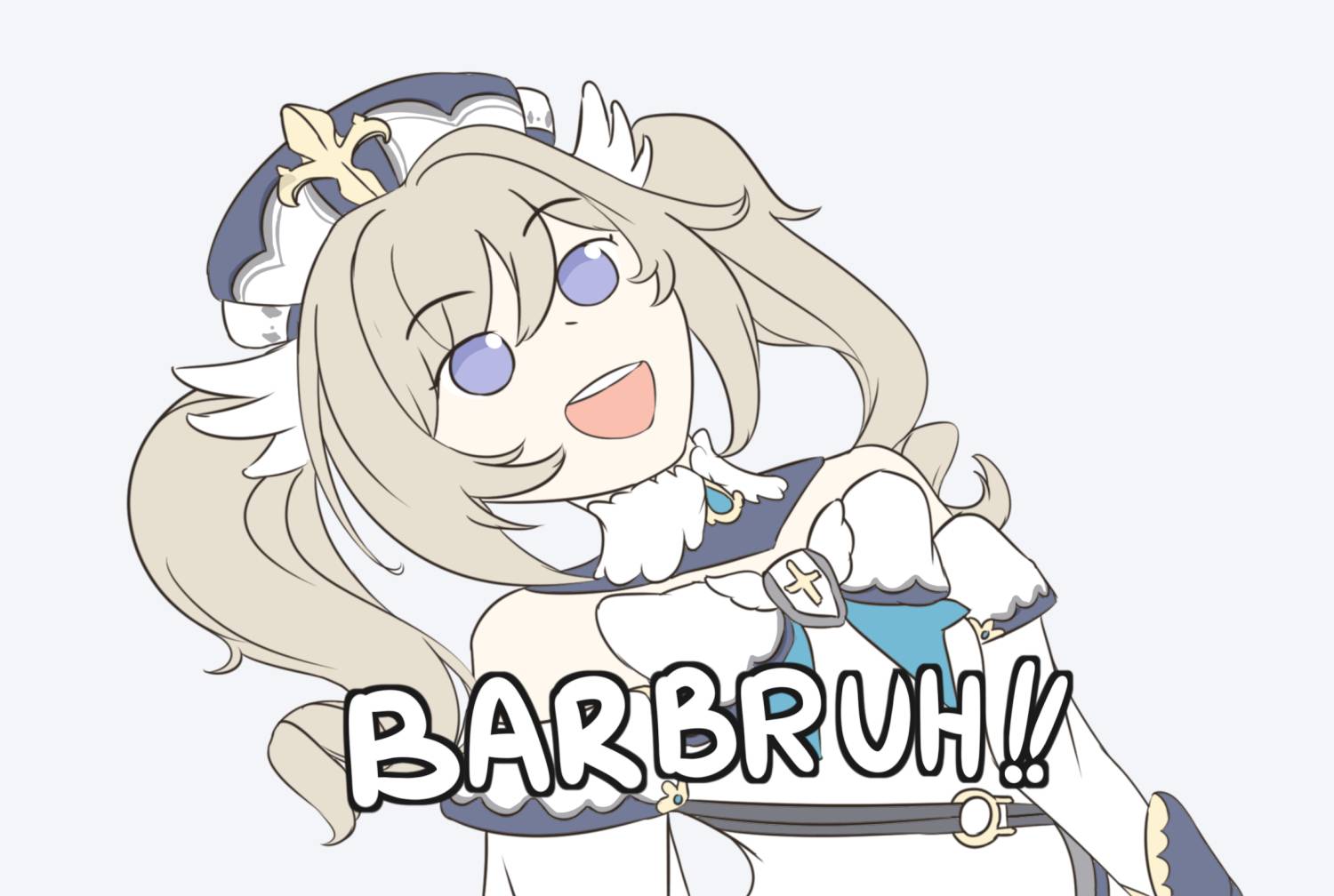 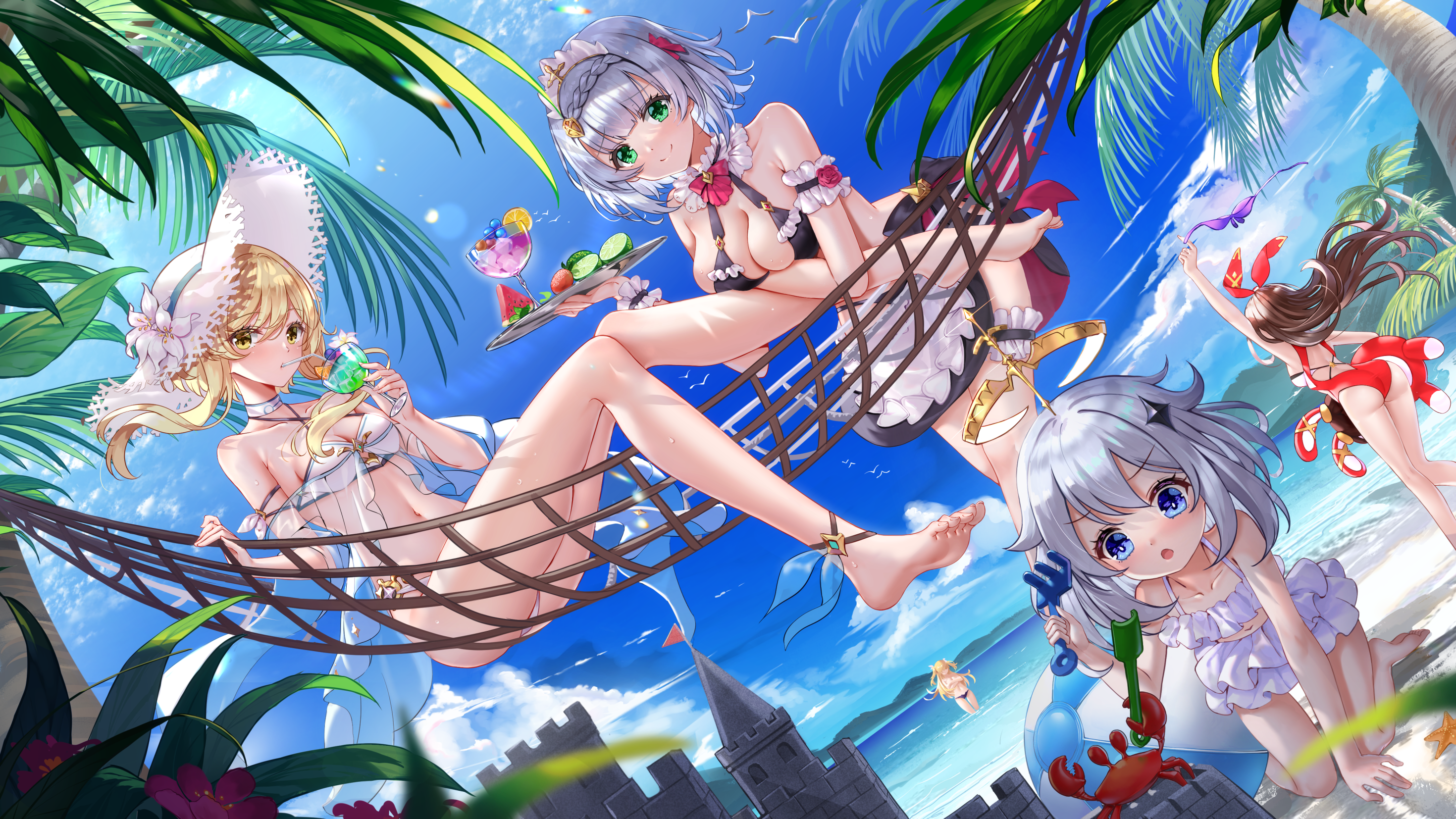 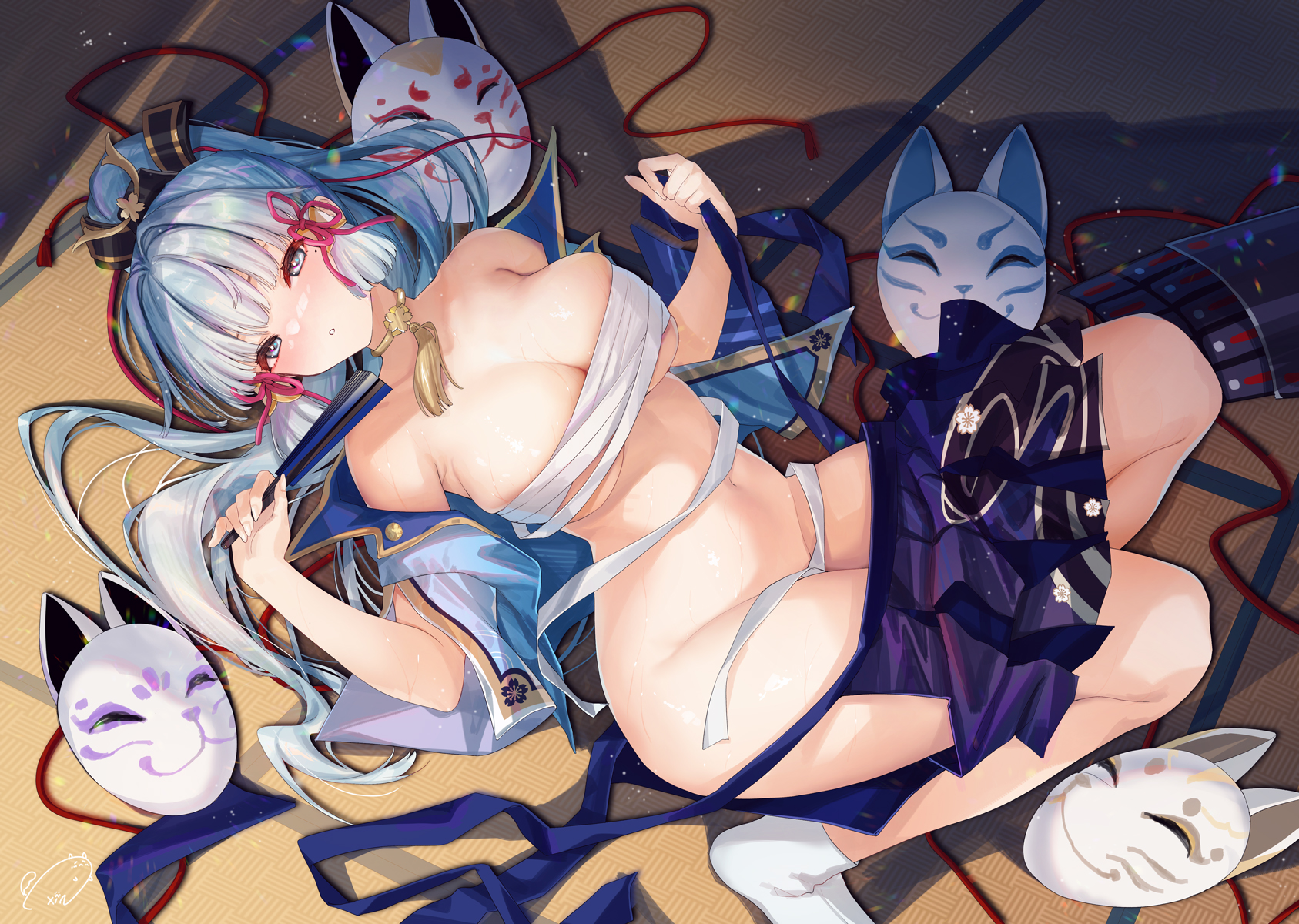 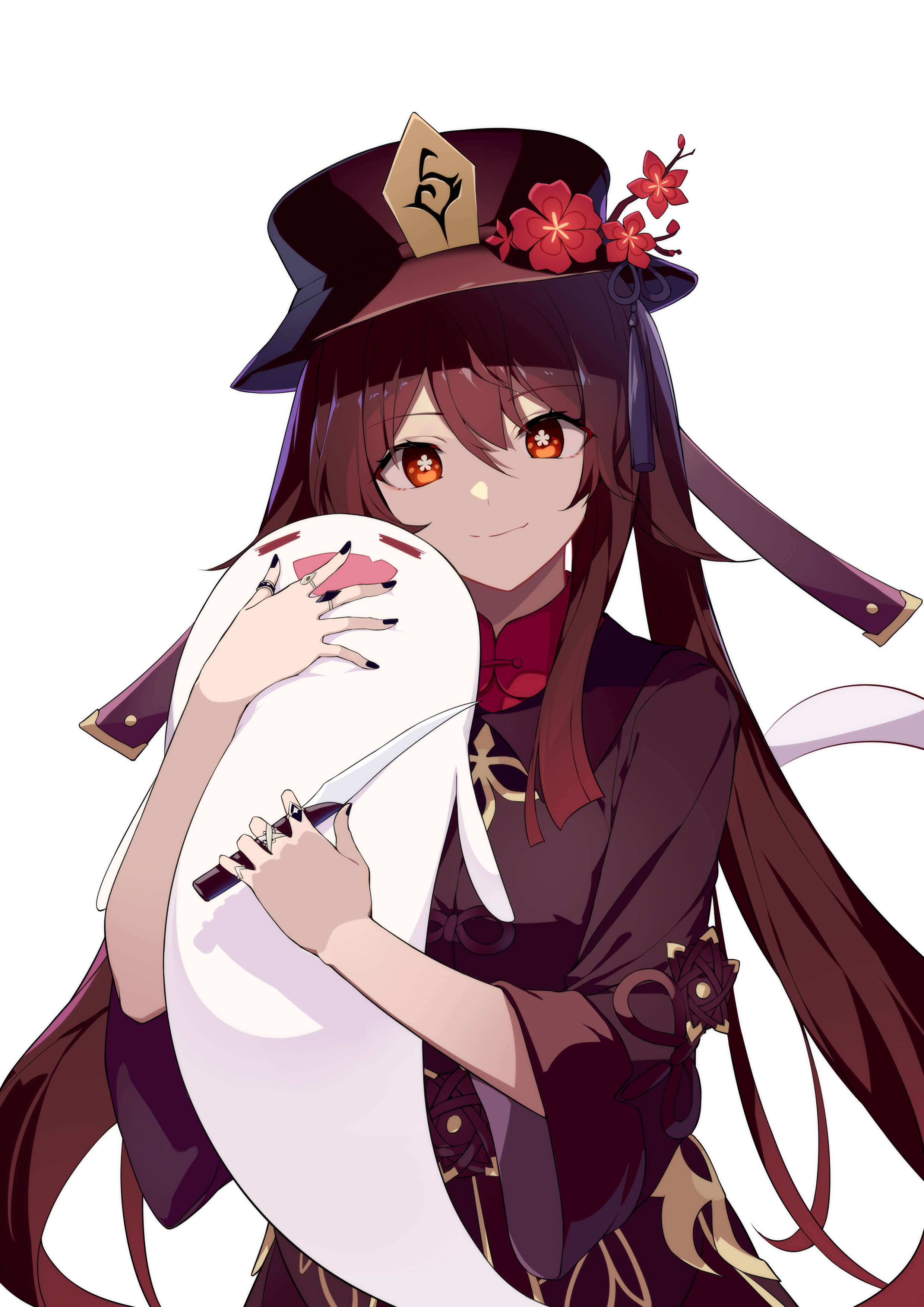 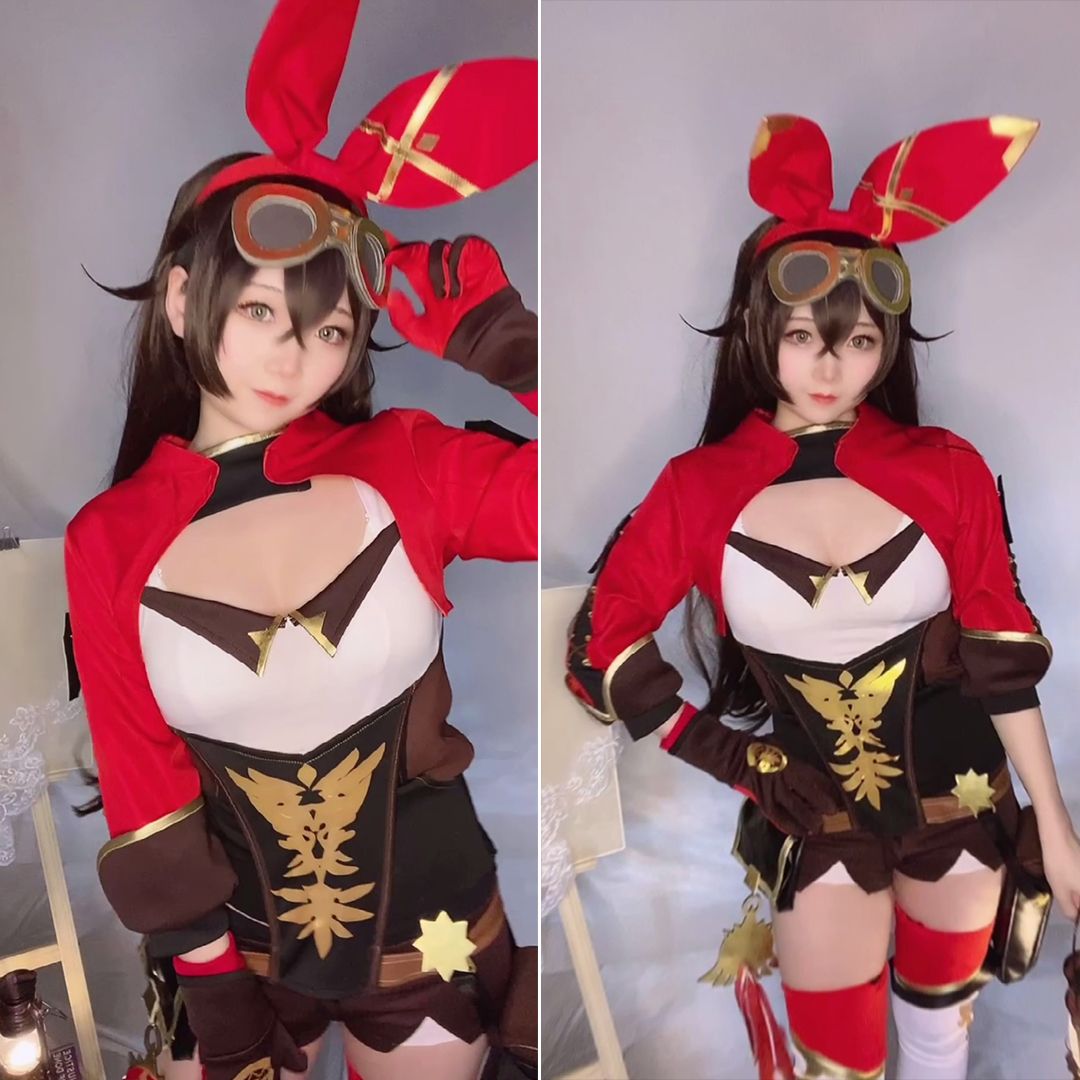 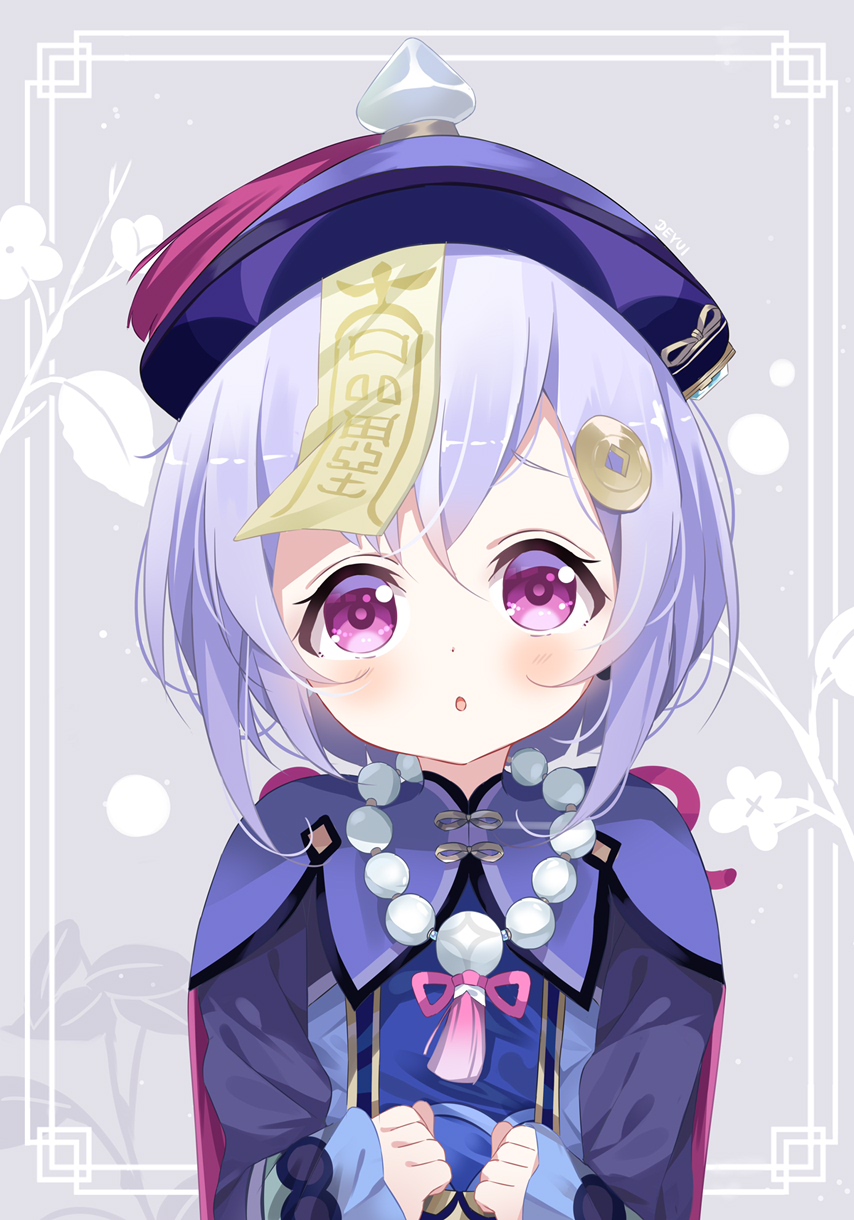 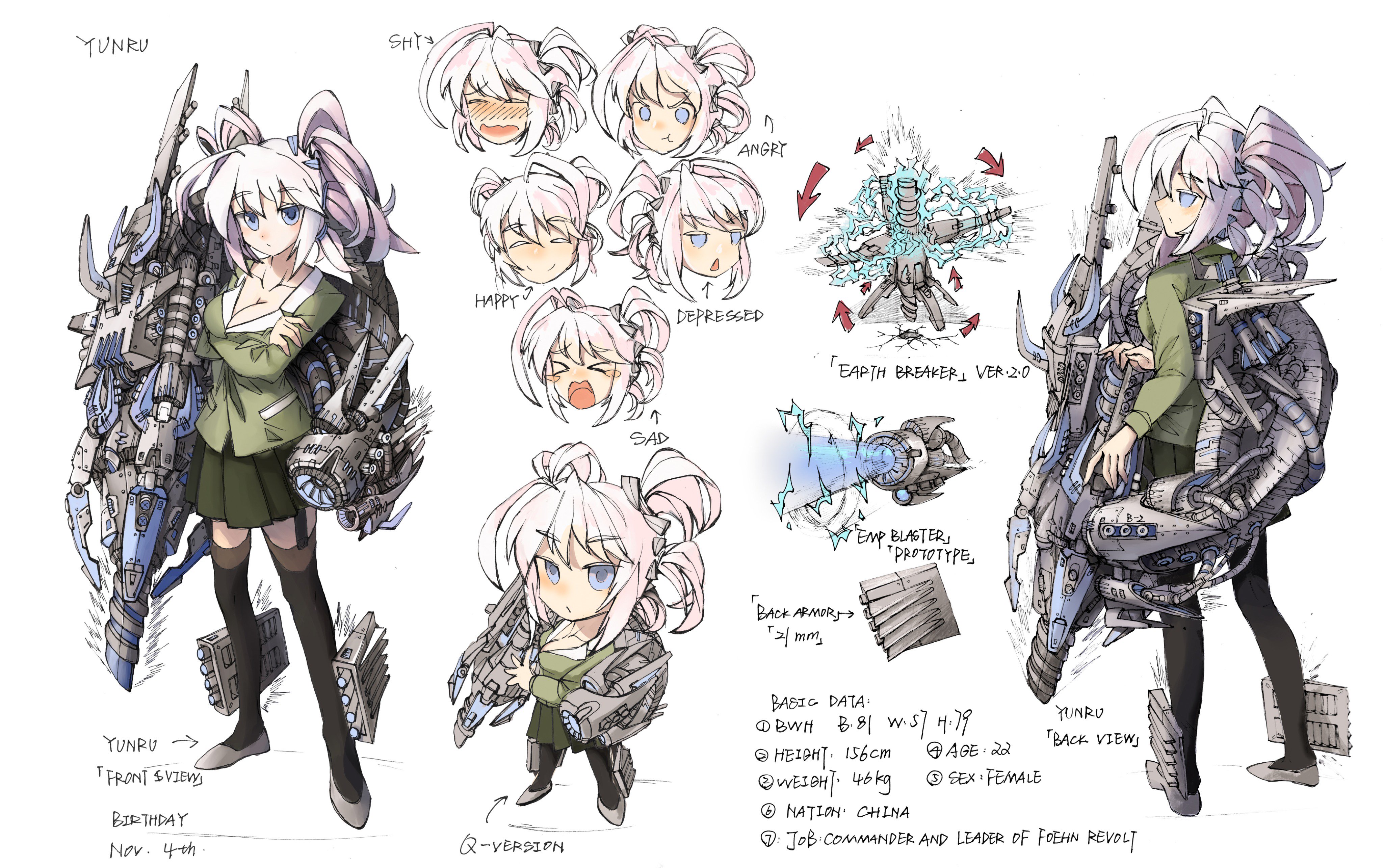 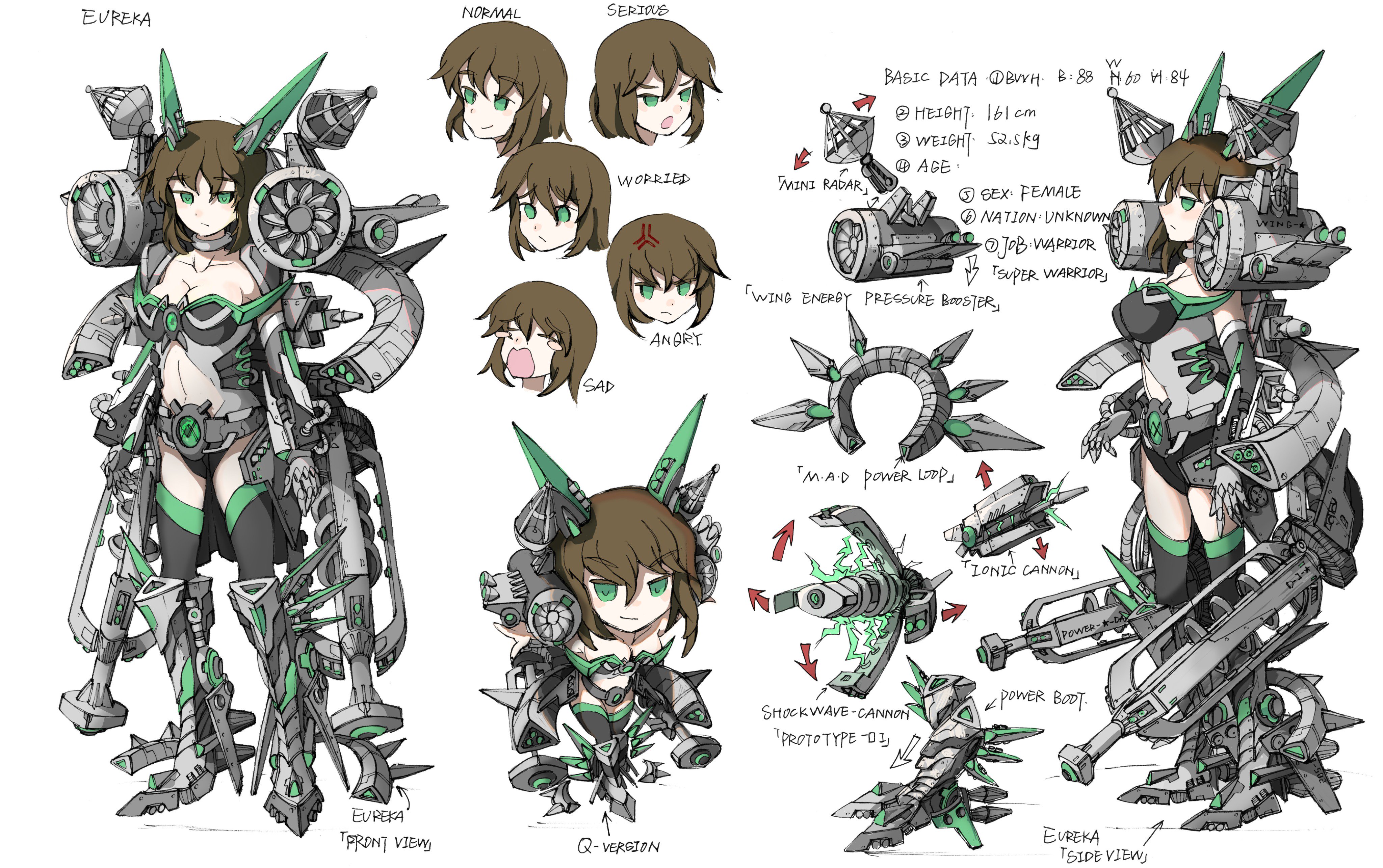